I went on a hiatus, not because I wanted to, but because it just happened.  Everything I wanted to knit, or crochet, or sew...just wasn't working.  So, for about the past two weeks, I've done almost nothing.  And it was horrible.  But, I've since found my mojo again, or whatever it was that was missing (inspiration, perhaps?) and now look: 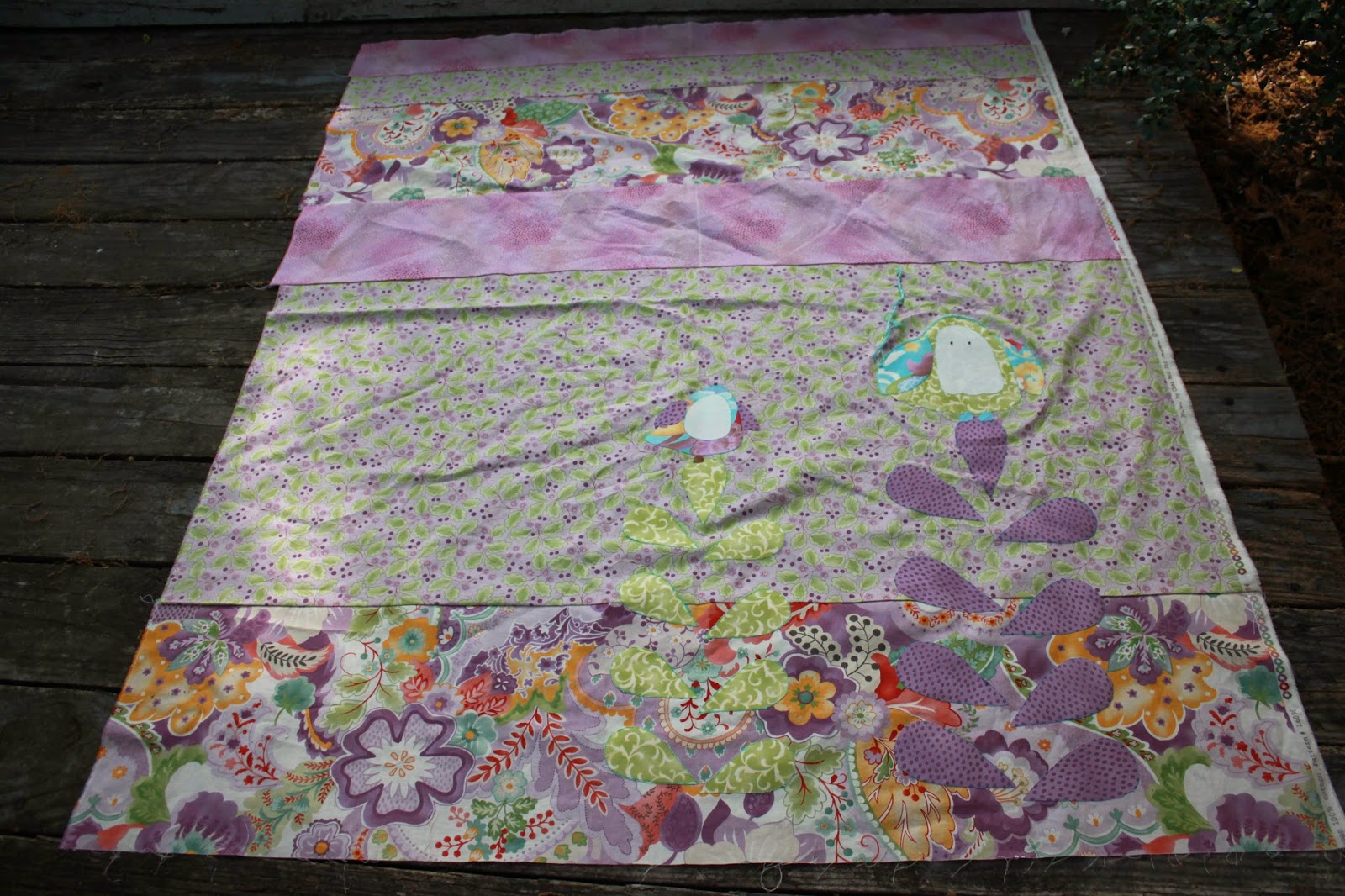 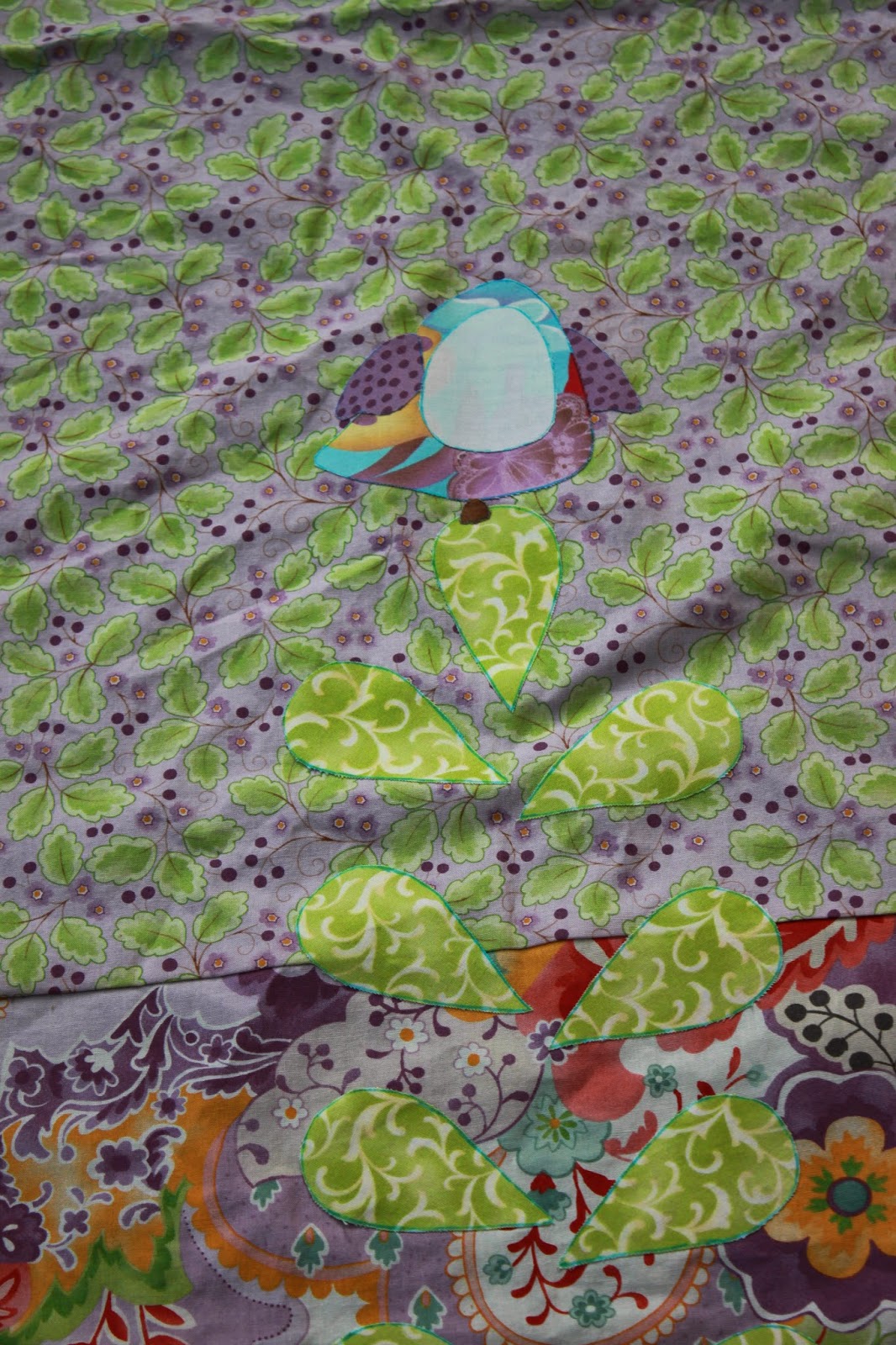 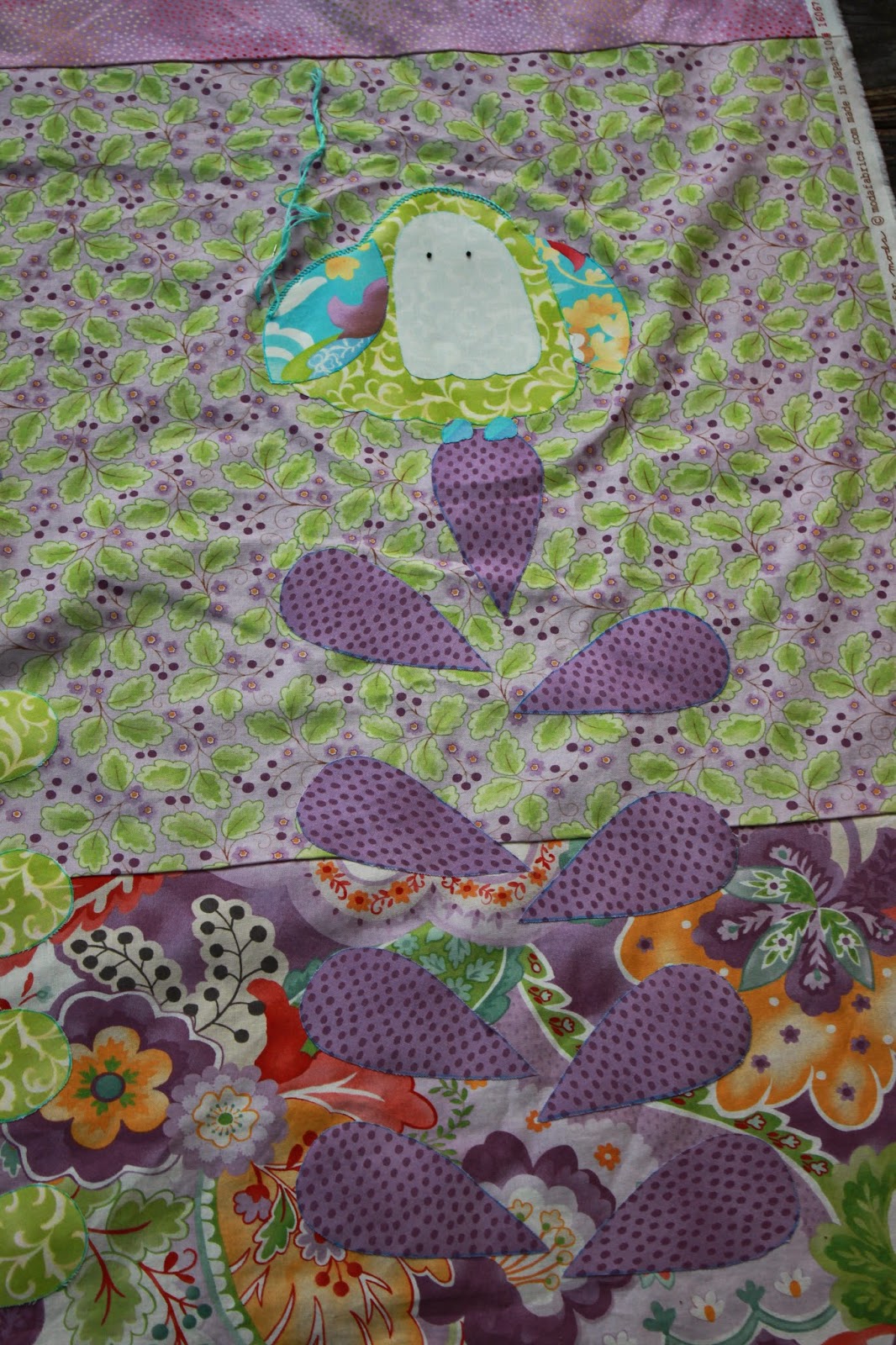 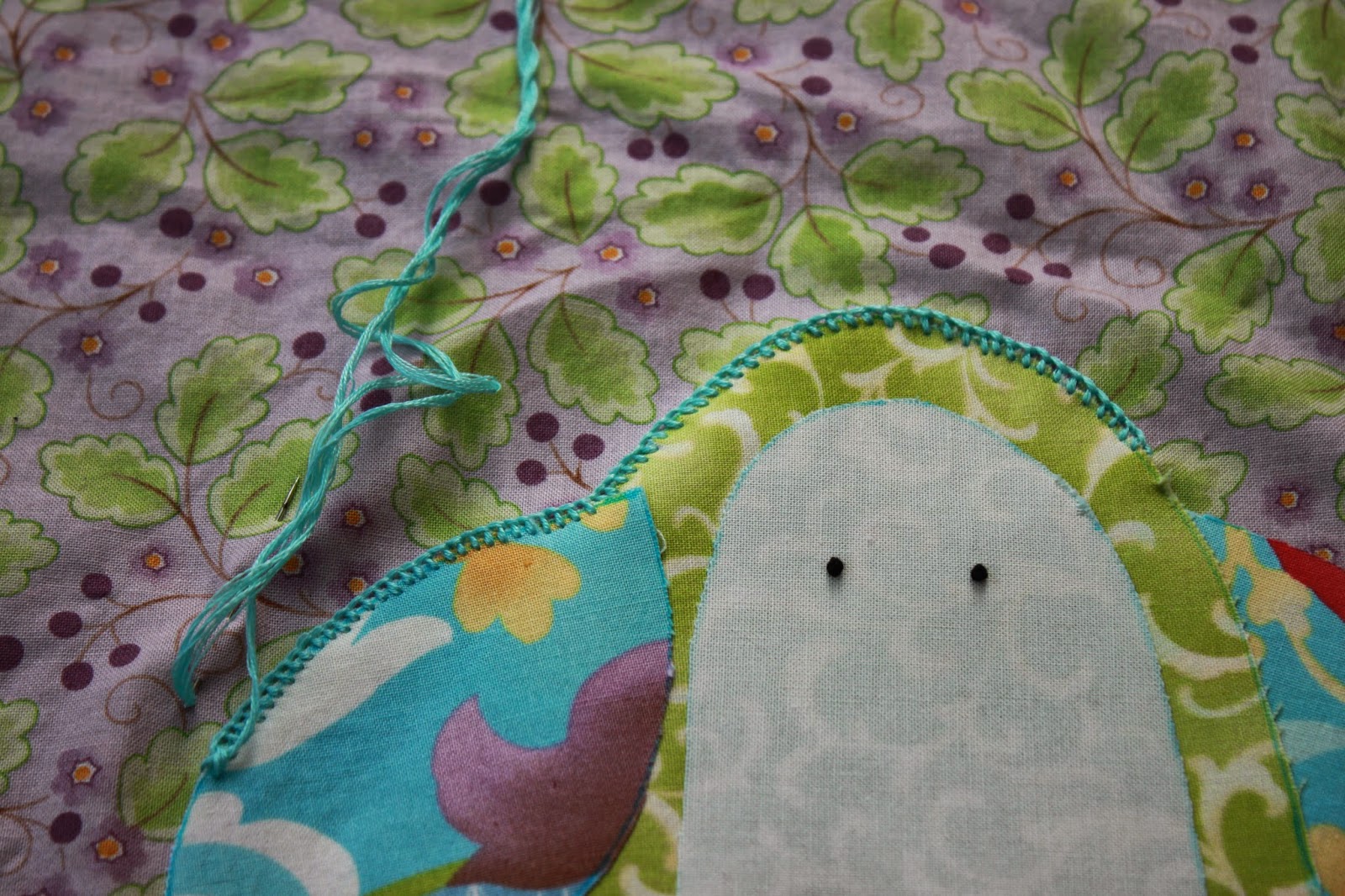 This is the quilt I'm making for baby #3, due in about 3 weeks.  Yes, I am this crazy.  I had a hard time figuring out what to do around the applique, until yesterday, and I realized that a blanket stitch would be perfect around most of it.  I have french knots for the eyes, and I still have to do the beaks for the birds, but I think just about everything else will be blanket stitch.  Then there's the issue of the stems for the vines, but I'll worry about that later.  Right now, it's time to get moving.  I'm planning on having someone else quilt it for me, namely Sew Main Street.  They have a long arm quilter, and for a very reasonable price, they will quilt it for me.  I love local shops. 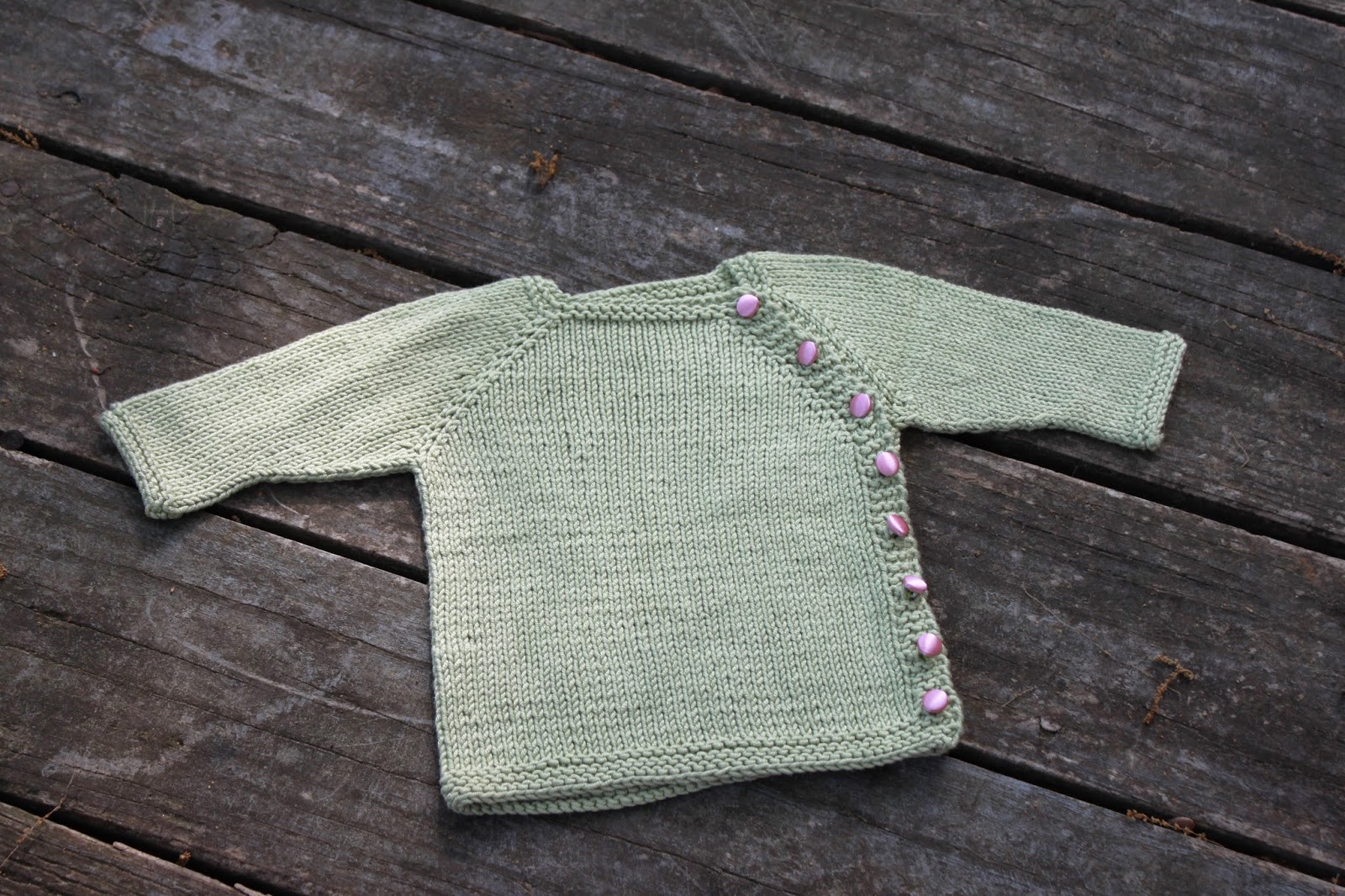 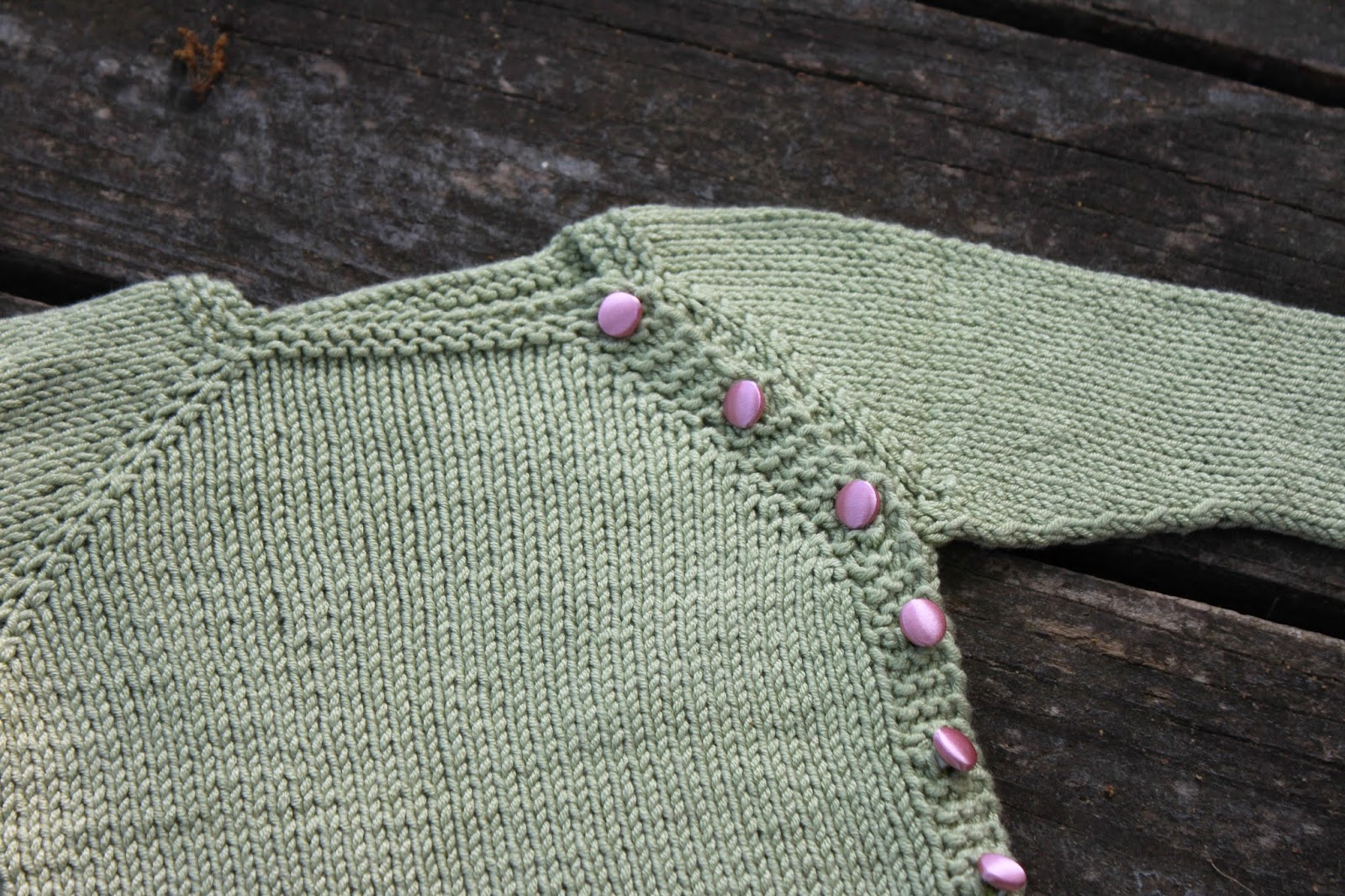 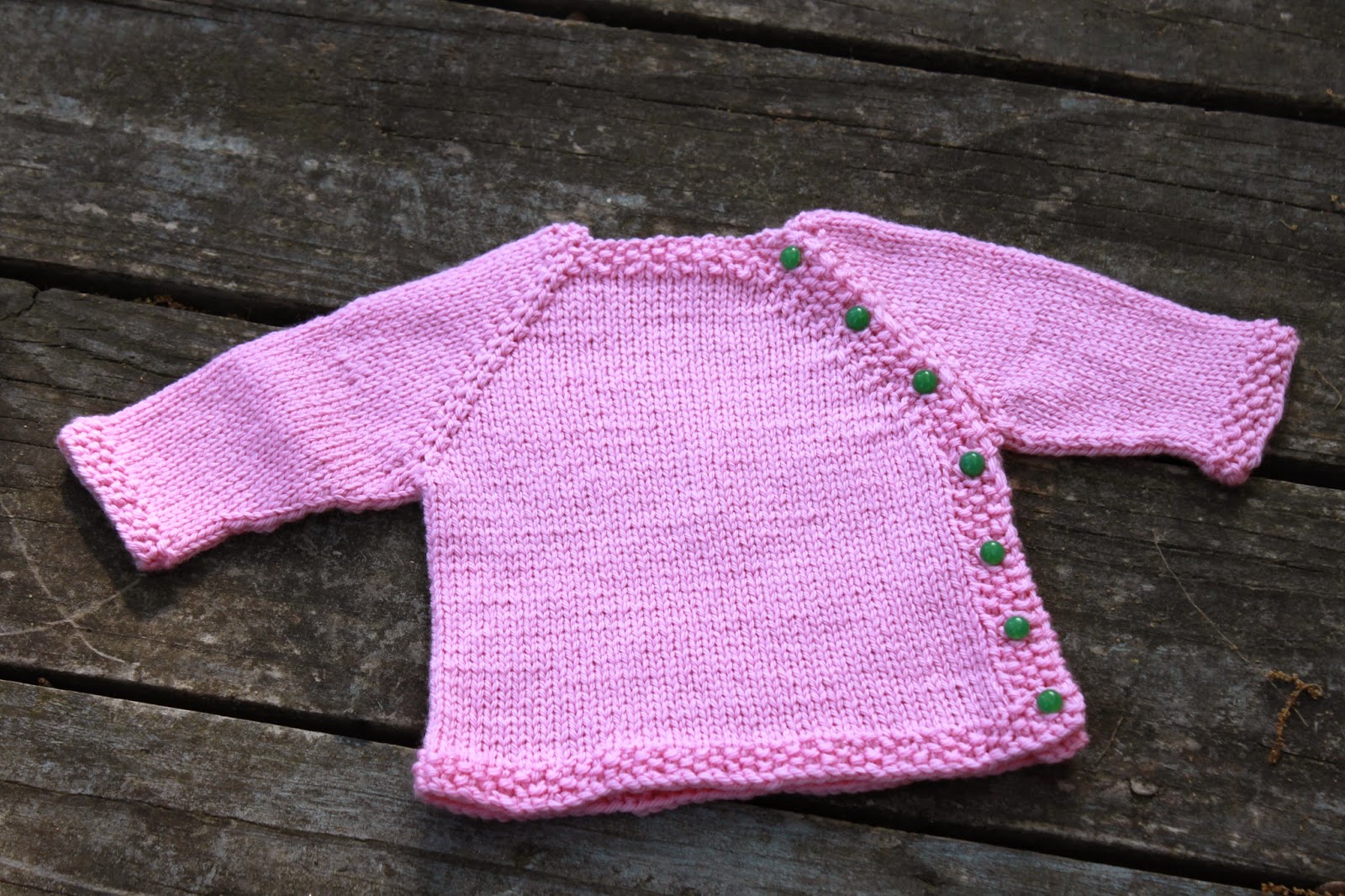 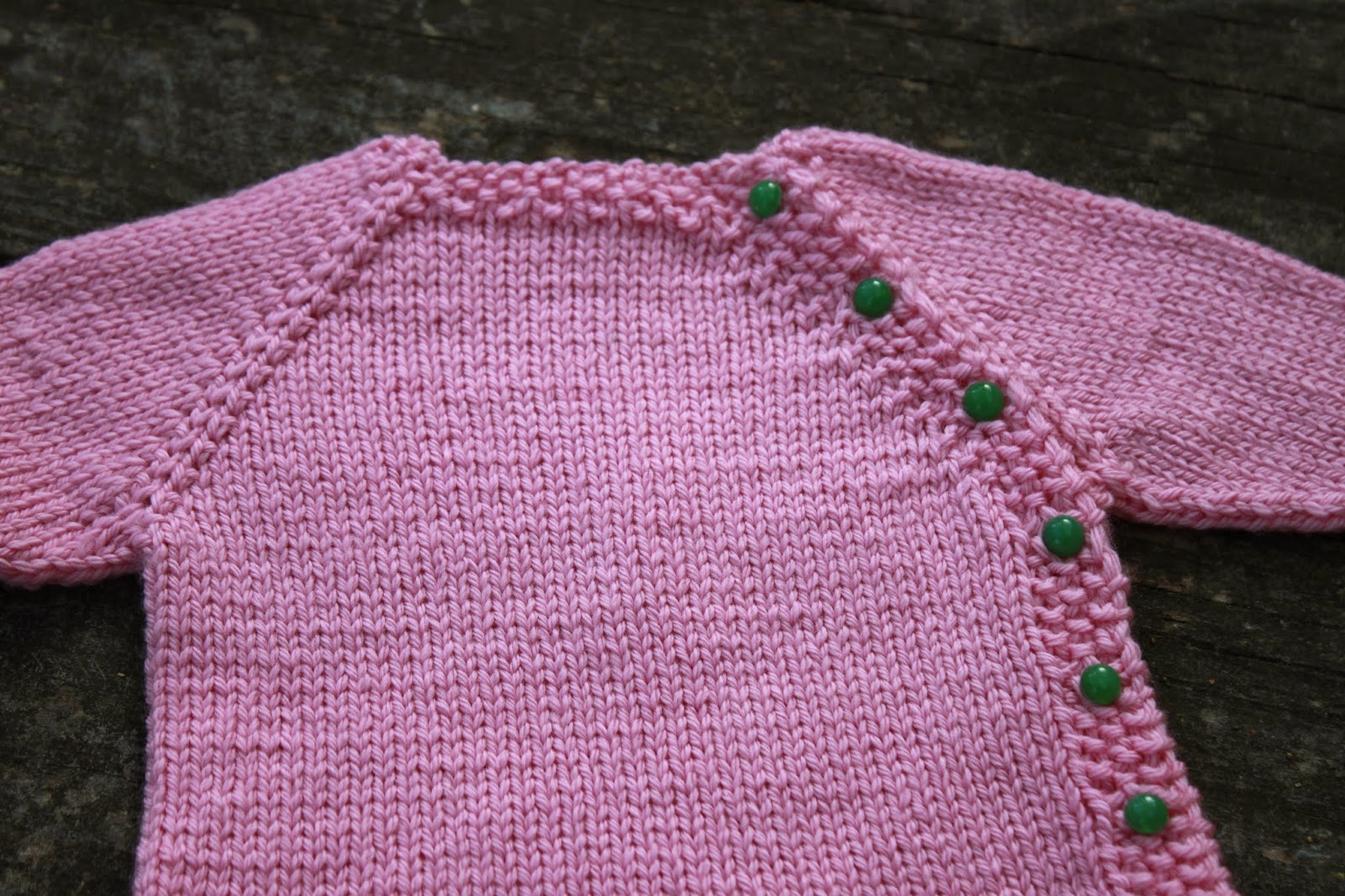 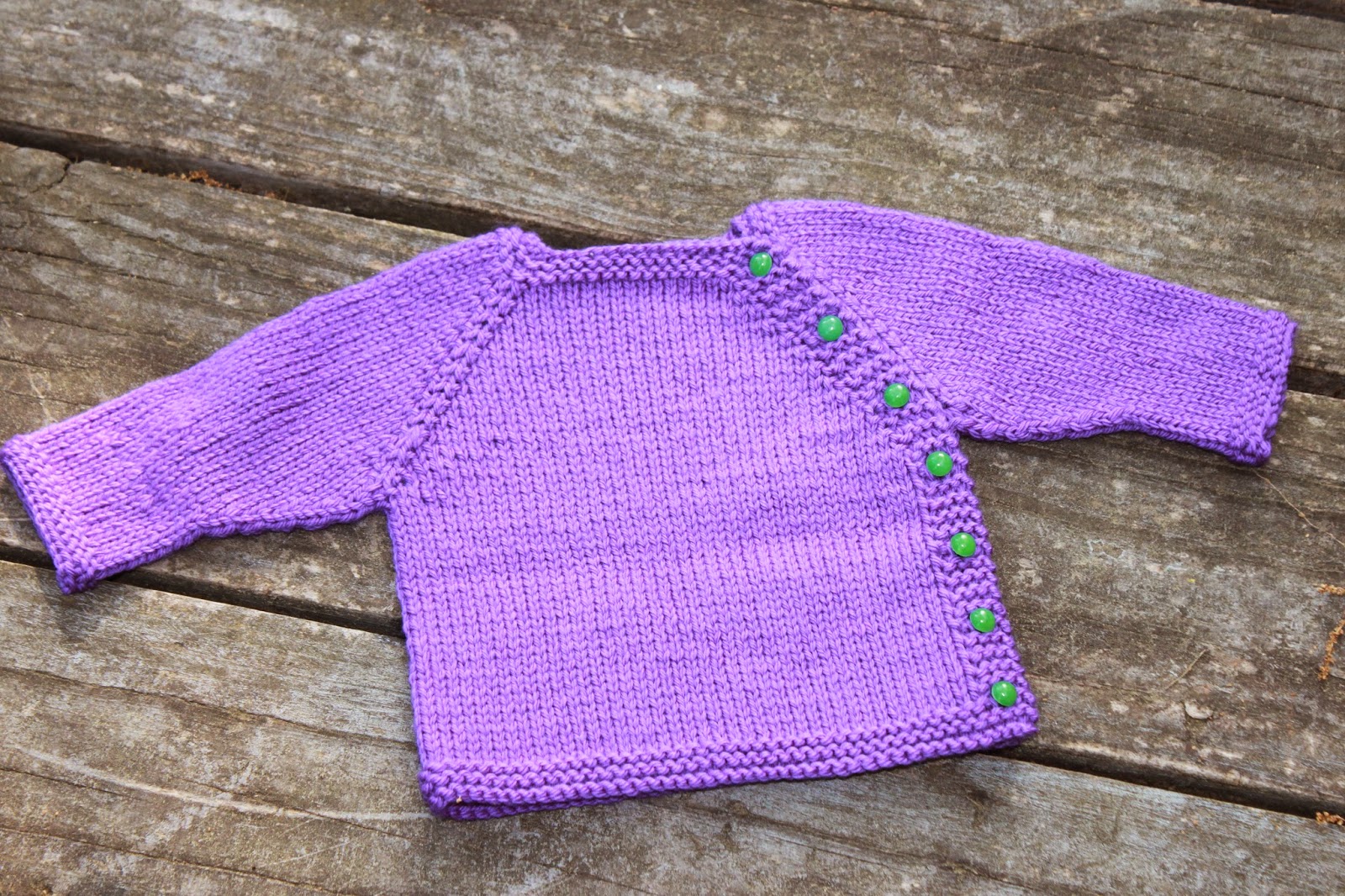 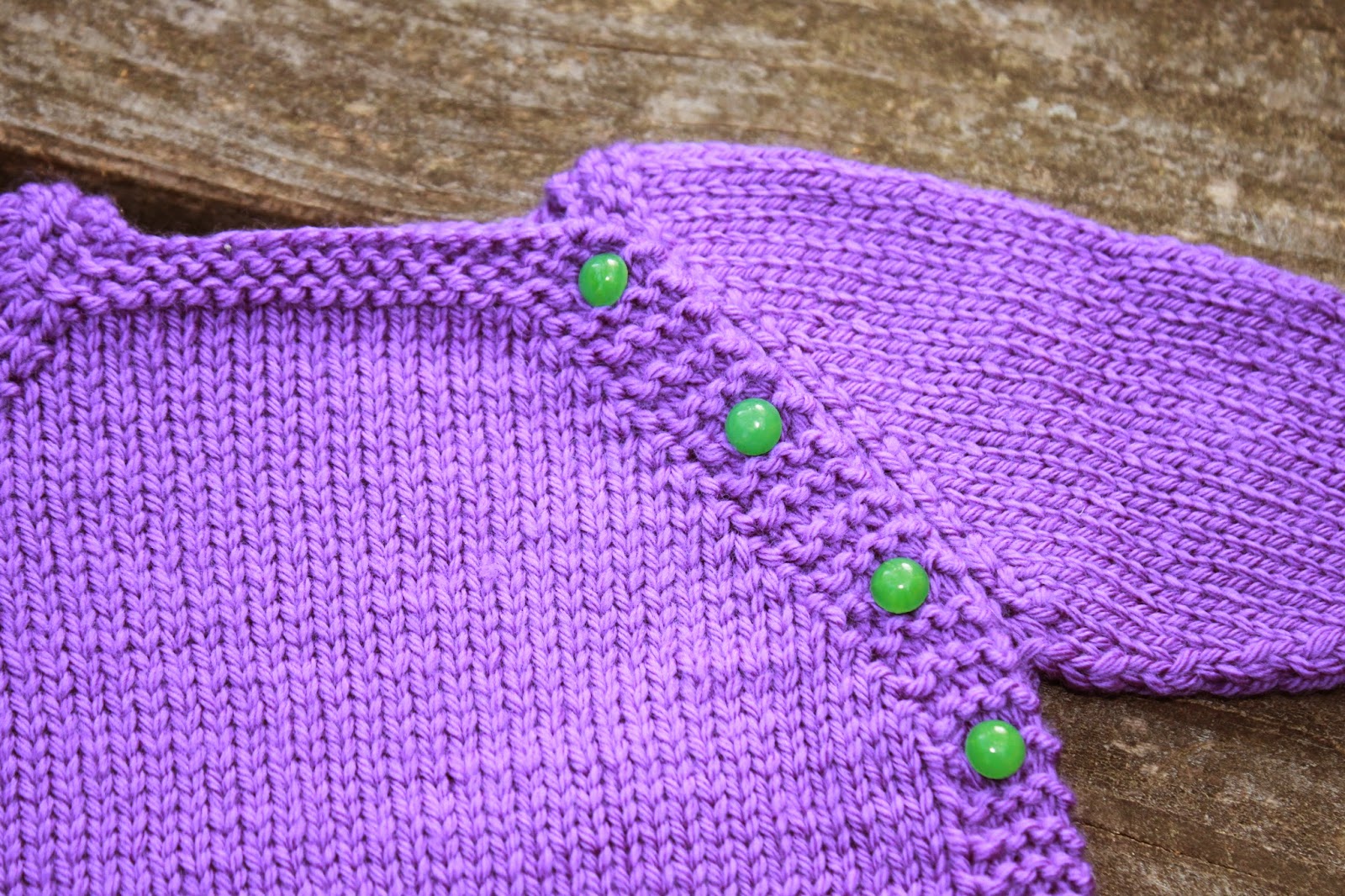 Three baby sweaters, all from the same pattern, two in the same yarn, and all three a different size.  Go figure on the gauge.  In any case, it's the Puerperium Cardigan, and it's a wonderful pattern.  The buttons on all three I found at an antiques mall in Helen, and the green ones I believe are actually glass buttons. 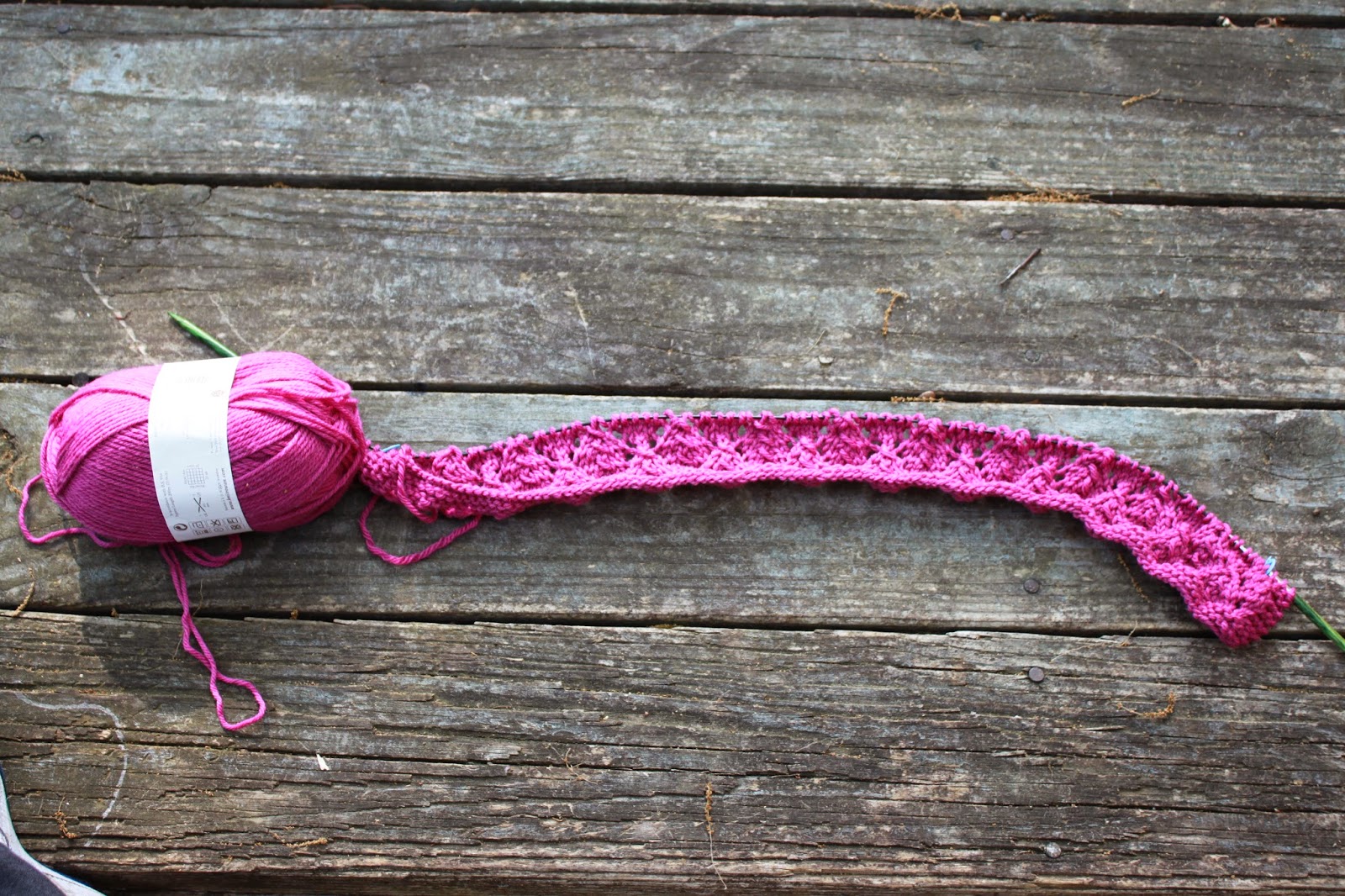 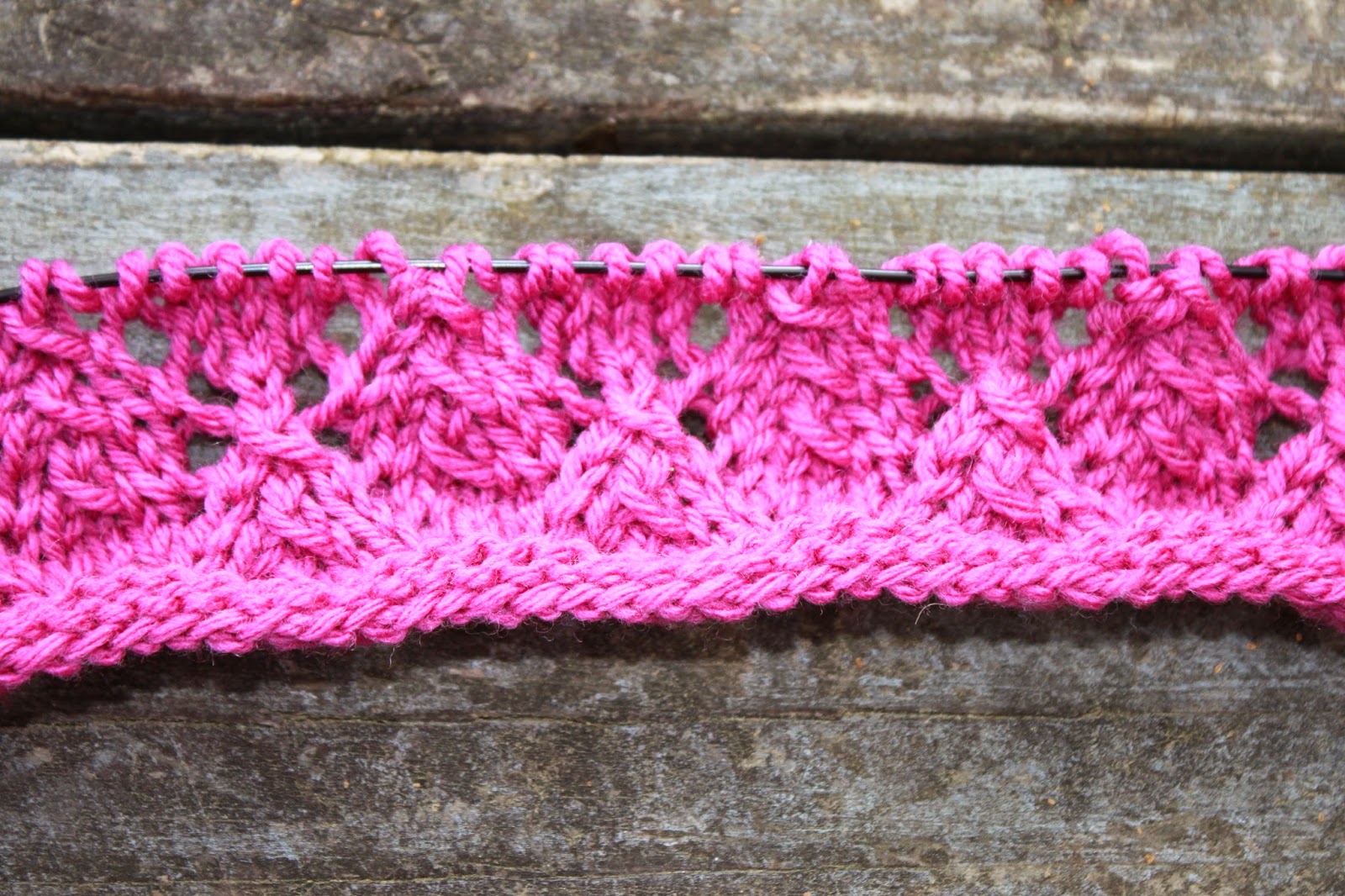 And, because I am that mom, and I am that crazy, a blanket.  This one is Saurey, from Berroco.  I'm making it from Rowan Pure Wool Worsted, and using size 9 needles instead of 7.  It's a pretty leaf pattern, and I'm hoping to get both this blanket and the quilt done before the baby arrives.  At least my hiatus is over, and if I need to, both of these can wait a while until after the baby does get here.  The weather has warmed up nicely, so heavy blankets aren't necessary.

Have you picked out your summer projects?  What are you working on?

I knew it had been a while since I posted, but I didn't realize how long it had been until today.  I have good news - I did find my camera last night.  Then, the computer broke.  I figured out how to turn it back on, which is how this is showing up now.  I still have to make it a permanent fix, but at least it's on.  I finished, and I mean FINISHED, 3 baby cardigans.  I also knitted up a bib and washcloth.  I'm trying to keep my projects easy and practical.  I made 3 of these: 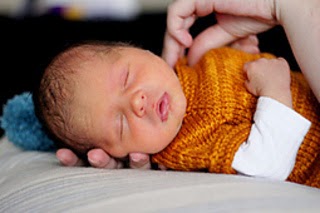 They turned out lovely.  I'll post pictures as soon as I can.

For now though, I hurt.  I've been working late, and it's causing a lot of physical discomfort.  It'll go away, and I'll be okay, but I'm just worn out.  I'll update about current projects later too.  For now, this will just have to do.
Posted by Angelfire212 at 8:19 PM No comments: