I am almost over my cold.  That's good.  The shawl is not moving as quickly as I'd like, which is bad, and I'm also about to embark on a new project. 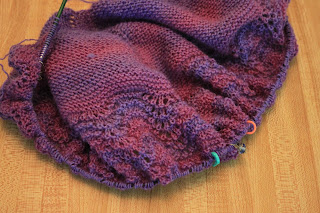 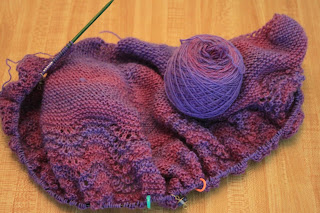 I received a lovely skein of MadelineTosh sock in Wilted Rose for my birthday, and since I am still recuperating, I think I need a little "me" knitting. 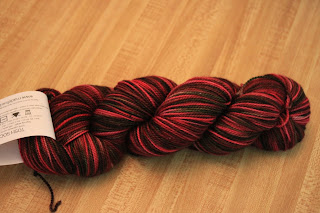 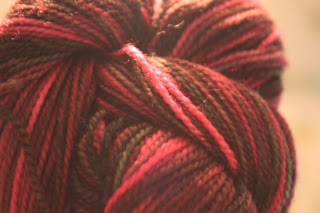 To be honest, I have knit more for myself this year than ever.  I have also broken more needles than ever this year.  I don't know that it's a coincidence or just a bit of bad luck.  It doesn't happen on every project, and it's not only on the projects that are for me.  I think it's more just about time I broke a couple of needles.  I think I'm up to 3 or 4 now in the past 10 months.  I have another birthday sweater to knit as well, and I have more than enough yarn for it, but no pattern.  I think I may wing it. 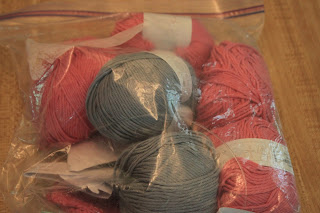 My apologies for the terrible pictures - I was lazy and didn't want to go outside (flaring of allergies with the remnants of a cold don't mix well). Indoor lighting isn't as good as outdoor.

In other news, I have at least one new project to start this summer.  Jolie posted something about Amish puzzle balls, and since I have a toddler who loves to be kept busy, I think it will work well.  I can add it into a busy box for the fall while the older two children do schoolwork.  It's going to be a busy summer.